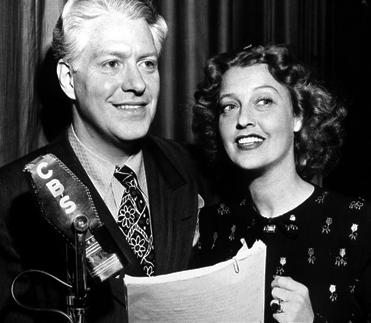 This has been a rough election week for many Americans, whether your candidate of choice won or not.

Both Nelson and Jeanette were registered Republicans. Nelson was less vocal about it than Jeanette and as you know, they were both favorites of FDR. Nelson sang at FDR’s 1941 Inaugural Ball and together they sang a radio tribute after FDR. Democrat Harry Truman took then over as President and again, was friends with both Nelson and Jeanette. First Daughter Margaret Truman was a huge Mac/Eddy fan.

This emotional week ends with Veteran’s Day in which those who served in all wars are honored. Nelson in his own way was an unacknowledged WWII Vet and each year the numbers of those who served in that war dwindle quickly. Let’s take a deep breath and try to move forward in this 21st century of ours to find understanding and what we can agree on moving forward. So…here’s two songs of cheer from our very patriotic Nelson and Jeanette…