Phyllis Woodbury was a famous New York psychic. Jeanette consulted with her some time before her death. This excerpt is from Issue #40, in which the entire 1998 interview was published. The photo below of Jeanette and her husband Gene Raymond is from February 1964; she lived 11 months more. Article copyright ©1989, 2006 by Sharon Rich, all rights reserved. 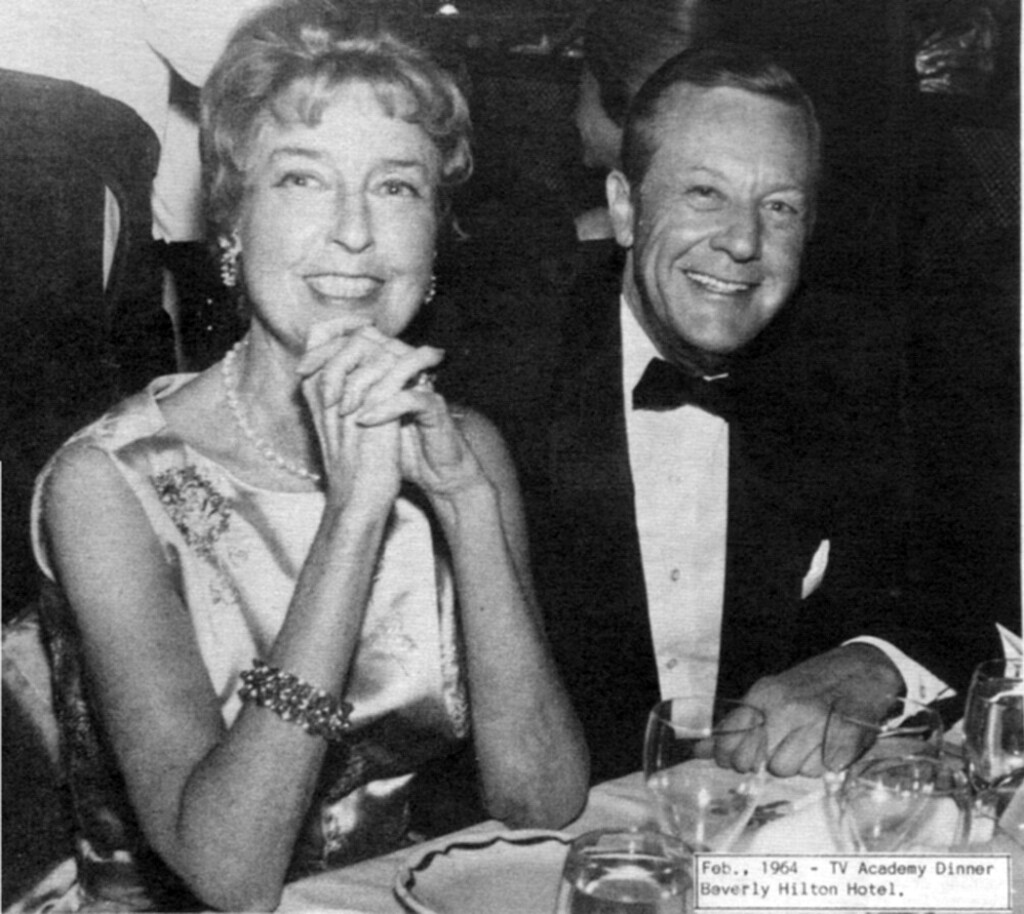 Phyllis Woodbury: Jeanette went to many psychics. She came to me right before she passed on.

Sharon Rich: Exactly how long before her death was this?

PW: I don’t know, dear, because I didn’t keep track of it. But I remember, she was a magnificent person.

SR: Did you know Jeanette was in love with Nelson at one point?

PW: They were in love with each other all their lives.

SR: Is that what she came to see you about?

PW: No, what she wanted was to know how her life was going to end. And I said, “My dear, you’ve been very spiritual on all levels. You’ll be with God, and with anything and everything you’ve missed in this particular life. Both of you will be together, you’ll be with each other and there’ll be no interference.

SR: You mean, she’ll be with Nelson?

SR: Did that make her feel better?

PW: I think it did. Right after that, I don’t know when it was, she passed on – I guess the idea knowing that someone understood her and gave her hope.

SR: What exactly did she say about the situation?

PW: All she said was that the love was strong and good and it hurt her to know that she had to suffer.

SR: I want to clarify here, she wasn’t talking about her husband, she was saying that she’d been in love with Nelson Eddy all her life?

PW: Oh, yes! And when she came to see me, I was never so happy about seeing anyone as her.

SR: How did she find out about you?

PW: They know me from Alaska to Africa, dear!

SR: Did she say to you why she stayed married?

PW: No, she didn’t say anything in reference to that, except that they married the wrong people….The karmic law was difficult for both of them. They fell in love and they never knew they loved each other so much. So it was hard for them to maintain a balance in their own personal lives.

PW: Yes…. Sometimes people know what’s going to happen. She knew she was dying; she didn’t care….I think the suffering got to her and she didn’t want to live anymore.