This weekend marks both Easter and Passover. We wish you and yours a happy holiday!

Here are six mp3s (mostly from radio) for your listening pleasure:

Nelson Eddy singing: “Open the Gates of the Temple,” 1945

Indeed, Nelson’s introduction to the Easter medley is as timely today as it was back then… 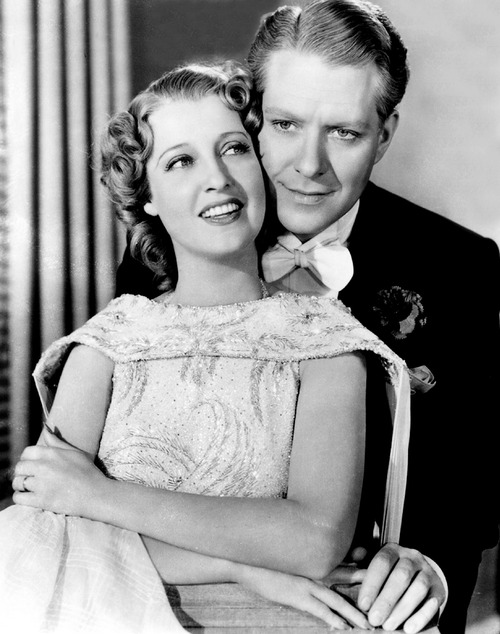 This weekend marks religious holidays for at least two religions. It’s a time for reflection and hope for peace on earth. For those observing Easter – and everyone else – let’s listen to Jeanette and Nelson. Sound quality isn’t the greatest but let’s be thankful we have these recordings at all to enjoy. (The Jeanette one is from a 1949 radio show.)

As for the photo above…well, it’s just a beautiful, intimate shot of them.

Listen: Jeanette and Nelson from their last TV appearance together On September 25, 1957, Nelson and Jeanette performed on their second TV show together, “The Big Record.” Who knew that it would also be their last TV show together. They were in the midst of recording their “Favorites in Hi-Fi” album as well. On would have thought that their professional future together was taking off into the stratosphere again.

What stopped their plans was Jeanette’s health, which finally landed her in the hospital in December of that year. She was barely released when Isabel Eddy died. Between Nelson’s devastation over his mother and Jeanette struggling to recover her health, any plans for future work together were “temporarily” shelved. Jeanette did not even finish up her solo recordings for the “Favorites in Hi-Fi” till June 1958. The following year she had one last professional performance on the stage in “Bitter Sweet” and then retired.

Stephen Harris, who saw “The Big Record” when it originally aired on TV,  writes: “What I remember about the 1957 “Big Record” is how Nelson kept stroking Jeanette’s arms during the “Sweet Mystery of Life” duet; he not only grasped her hands, but also ran his hands up and down her arms.  Since they were on camera, there wasn’t much the director could do about it.” We don’t have a video of this show but you can listen to the audio here.