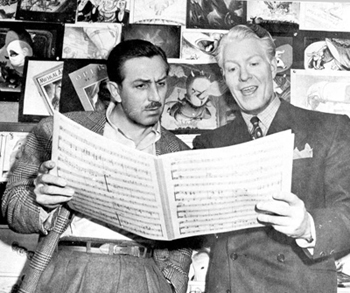 The page above from Mac/Eddy Today, Issue #74 is an excerpt from an article showing Jeanette MacDonald’s 1948 handwritten desk diary, in which Jeanette notes that on September 5th, she and her husband Gene Raymond hosted a party at their home for singer Eleanor Steber. Nelson Eddy and his wife Ann also attended. It was all very civil. But the very next day, September 6th, Jeanette notes her trip to Lake Tahoe. At least once each year in the fall, she and Nelson went to Tahoe to renew their wedding vows made privately in 1935 while filming “Rose Marie.” If and when Jeanette ever announced publicly that she was off to Tahoe with “my husband,” she considered she was telling the truth. The Rise Steven article in the same magazine provides new details surrounding Jeanette and Nelson’s 1945 trip to Lake Tahoe. (The article is copyright 2017; all rights reserved.)