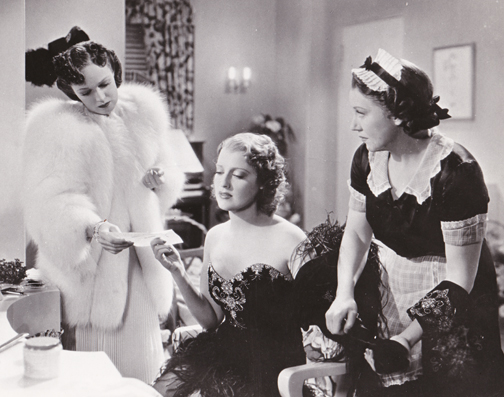 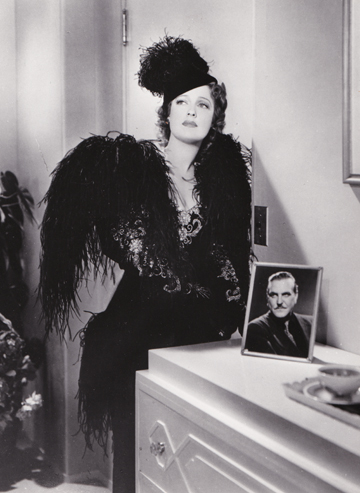 Jeanette MacDonald’s dress by MGM designer Adrian, is up for sale on Ebay. 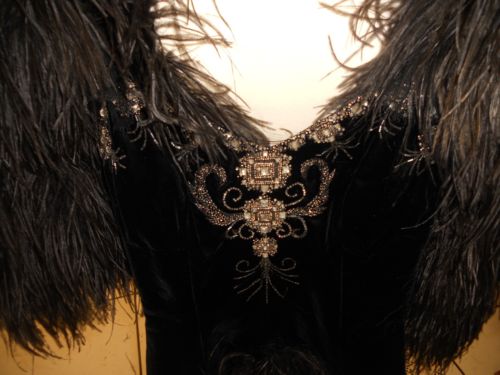 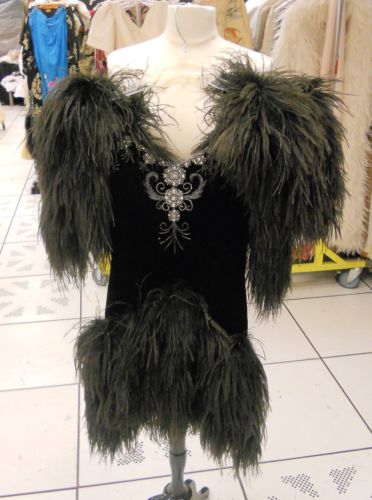 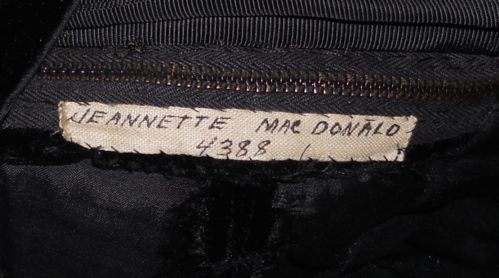 The link for this item is here. 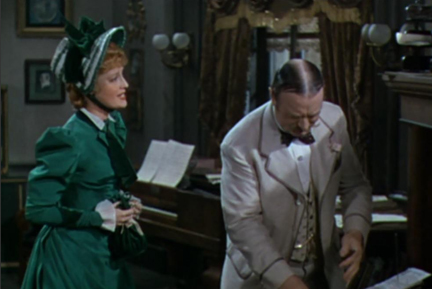 From the Bonhams auction catalog:

Metro-Goldwyn-Mayer, 1940. Short green grosgrain jacket with boned bodice, velvet cross detail on sleeves and pleated cuffs. Bearing a typed label reading “8412” and a bias label inscribed in black ink, “J. Mac Donald / Bittersweet- 1887.” Together with a matching floor-length skirt with two layers, elaborate pleating and bow detail in the back. Interior of the waistband inscribed in black ink, “J. Mac Donald / Bittersweet” and a typed label reading “8412.” Accompanied by a copy of the film. MacDonald wears this dress while speaking to the owner of Schlick’s Cafe, where she is working as a singer.

See the actual dress below! 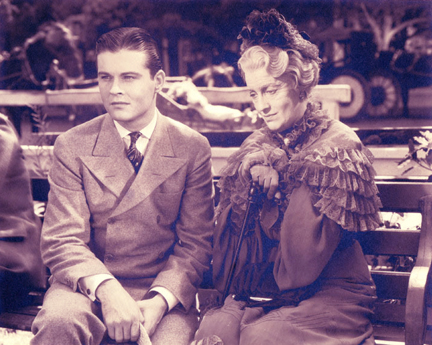 Above, Jeanette MacDonald as the old lady in the 1937 film, Maytime.

Thanks to Claudette, one of our Canadian members, for writing in! She caught a glimpse of Jeanette’s “Miss Morrison” dress worn in a third movie, Madame Curie (1943), starring Greer Garson. Coincidence or not, the other film it was used in was another Greer Garson film, Blossoms in the Dust (1941).

In Madame Curie, you can see the dress about two minutes into the film, at a party hosted by an elderly professor (played by Albert Bassermann). His onscreen granddaughters, two adorable young twin girls, attempt to serve Walter Pidgeon some coffee or tea, and a moment later the professor’s wife rushes over – in Jeanette’s dress. (Trivia note: the woman wearing the dress is Elsa Bassermann. She was married in real life to her onscreen professor husband, Albert Bassermann, probably  better known to you as Van Meer in Alfred Hitchcock’s 1940  Foreign Correspondent.)

Screenshots of the dress in Marie Curie are shown below.

You can also see color photos of the dress from Blossoms in the Dust at this link. 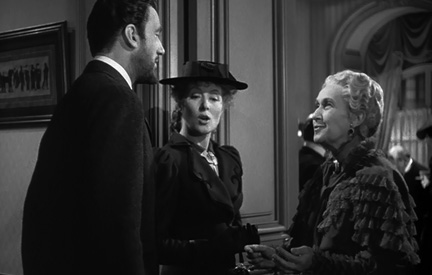 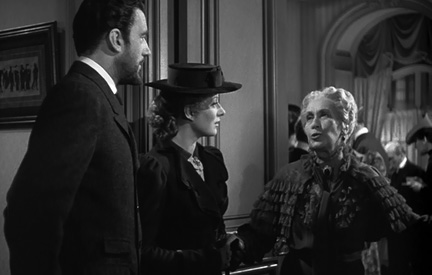 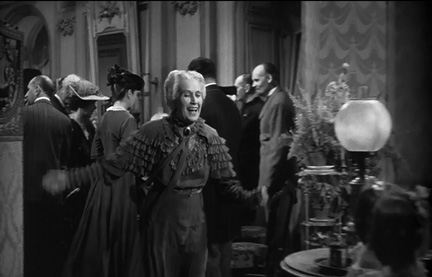 1939 Exactly one month after Nelson's marriage, Jeanette co-stars with Robert Taylor in the Lux Radio "A Song for Clotilda." It is later announced (after she finally agrees to re-sign an MGM contract) that Robert Taylor will co-star with her, along with Jimmy Stewart, in the film "Smilin' Through." (This doesn't happen.)