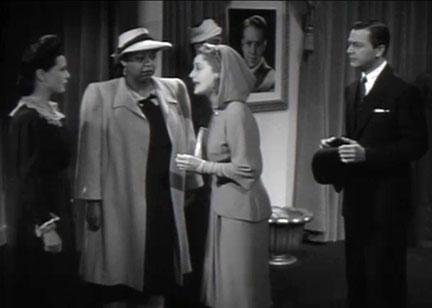 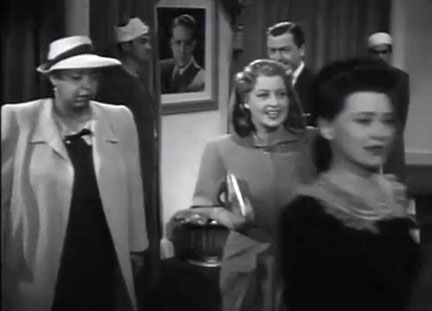 Did Nelson Eddy make an appearance in the 1942 movie Cairo starring Jeanette MacDonald, Robert Young and Ethel Waters? You betcha! See the screenshots above for proof! Here’s the back story: in 1942, both stars had one project remaining under their MGM contract. Nelson, disgusted with studio head Louie B. Mayer, decided to buy out his contract instead before his last film, Lucky Star (which would have co-starred teenaged Kathryn Grayson) began production. Jeanette’s last film under her contract was the above-mentioned Cairo, a WWII spy spoof. Jeanette was initially far more upset and destabilized than Nelson by leaving the studio that had been her professional home since 1933. But director Woody Van Dyke found a way to cheer her up with one of his pranks – see the lifesize photo of Nelson hanging in the movie theater lobby during this scene with Jeanette, Robert Young and Ethel Waters.