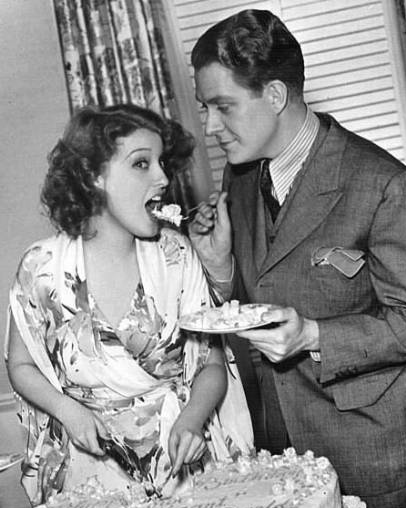 There are several things to celebrate today.

You are not alone today.  You have friends and fans worldwide who not only appreciate your talent but who give a damn about the sacrifices you made and the agonies that were suffered. They understand the troubles were in part self-inflicted but the consequences undeserved nonetheless. Good people like yourself should not have had to endure such pain.

Fifty years after your passing, those who helped keep the secrets have fallen by the wayside….and their lies and/or denials are now being exposed. We truly thought this would occur after the death of Gene Raymond; apparently that was premature but there’s no stopping it now in 2015.

From Nelson Eddy’s earliest known surviving written declaration of “I love you” to his “Dearest Jeanette”, to your own handwritten comments about how it really was to live with Gene Raymond in your last years, these are truths that are being reinforced at long last.

You can breathe a sigh of relief. And for that reason, on this particular birthday we post this photo of you with Nelson from 1938. You and he shared a private secret and there was hope for the future in what was probably one of your happiest birthday parties.

Forget the pretense anymore and embrace the truth.

Folks, there is more to come…and to celebrate.