As you know, K.T. Ernshaw (a pseudonym) was an intimate friend of Nelson Eddy’s. Back in 2001 she published a novel, To Love Again, in which she presented a fictionalized version of the Nelson she knew. Though she had always wished to remain anonymous, over the next few years she found that our group embraced knowing about the “real” Nelson and did not shy away from learning about both the joys and problems he encountered with Jeanette in their personal (which she was privy to from Nelson himself). KT has since spoken about Nelson and her book at our club meetings in Los Angeles, New York and London and she also was a guest speaker on our first Mac/Eddy cruise. (You can read our original interview with her about Nelson Eddy at this link.)

This week – under her real name, she published her second novel, The Coo Coo’s Nest. I knew nothing about the story until I read the book. And yes, this book also thinly disguises the main character. Plus there are other famous folks mentioned in the book under their actual names that she has met over the years. I personally was very moved by the new book and offered to write a short review to be included on the back cover. I think you will enjoy reading it.

She will be 92 this year and figured her days of attending the LA club meetings was ending. But due to The Coo Coo’s Nest being published this week, I asked her if she would attend just this meeting and sign books. She agreed.

In addition, To Love Again has been updated and re-released in a new edition. Our club member Don Schumann did the wonderful book covers for both titles. An insider tip: you will most surely recognize the Nelson Eddy silhouette on the new cover artwork of To Love Again. Don tells me that he used Nelson’s likeness from the old Nelson Eddy paper dolls!

After this weekend, any books ordered will be shipped normally, not autographed.

I am so thrilled that we are able to include this book signing into our 2013 Birthday Bash event… and by the way, her real name is Laurrie Garner.

PS: Click on the photos below to order books. 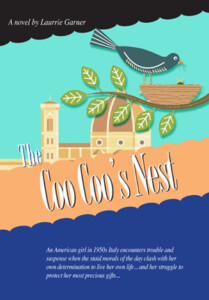 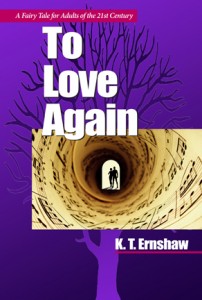